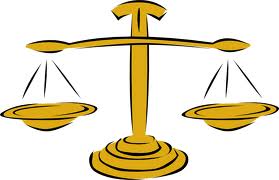 I recently wrote a post for Curated Book Apps for Kids about finding a balance with the different types of interactive features within an app. This off course is one of my categories in my reviews and I think it is important to explain to you my views on the categories I've chosen to base my reviews on, as I did with Parental Involvement. So here it is again, but please also go to the original post and see what Curator Mom has to say about the parallels with museum exhibits for kids.

"One of the criteria in my reviews is Balance. This is probably one of the hardest components for me to judge. There are so many possible combination of features in an app and other contextual factors that it is almost impossible to research and say x, y, z, are good features and a, b, c are not. It truly is about finding a balance between incorporating features so that kids will be engaged, but not distracted.

So let me break this down further. I think of features in three ways:

Just for fun features– These features don’t add much to learning. Think of hotspots that make things animate or reveal hidden objects – fun for kids to discover, but are probably distracting from the relevant content. I (and my colleagues) have conducted many studies on pop-up books and have found that kids learn better with a plain version of the book than from the pop-up version. I think the tabs to pull or wheels to spin are similar to hotspots – kids get very into discovering what these features reveal.

Well, you might say, these types of hotspots can help learning. For example, in a counting app, there are five flowers, and tapping each flower makes it dance, and the child can count as they tap on the flowers. It’s a good thought. But, if the pop-up findings hold true, the kids will just like seeing the dancing, and not really think about the one-to-one correspondence of the flowers to numbers. I have found the same effect with pop-up books when trying to teach letters, numbers, animals, and facts with different kinds of pop-up books – the effect is strong, regardless of the domain and presentation of the pop-up features. Kids are really just interested in the physical interaction with the pop-up features.

This is not to say these just for fun features should not be used. Kids love them. Pop-up books have been shown to be useful to engage kids in literacy, especially at-risk or kids with learning disabilities.

Relevant to direct learning features – Examples of these features are if you tap on a word, the definition appears or tracing letters to help letter recognition. They are meant to directly enhance the learning. These features have potential but could be less effective than you may think – at least in the initial times of use. In a study where I compared a plain alphabet book with an identical one where the letters where made out of sandpaper, a method often used in Montessori preschools – the idea being that the sandpaper will encourage tracing and thus heighten letter learning – the findings were the same with the two types of books. In this case, having the extra sandpaper features did not hinder learning, but it also did not lead to more learning than the plain book. Another more surprising result was with a study where I had parents read a book about camouflage – either pop-up or a plain version. I actually thought the pop-up book was great – pulling a tab would reveal an animal out of camouflage from behind a bush or tree. It really illustrated the concept of camouflage. Parents thought so too – as we found that they elaborated more on what camouflage is with their child when reading the pop-up book than when reading the plain version. However, despite their parent’s effort, when asked what camouflage means at the end of the reading, the children were able to explain camouflage better when reading the plain book than when reading the pop-up version!

Now, there is a possibility that with time, these types of features may yield better results as the novelty wears off.

Active thinking features – Here, I think of features that prompt you to answer a question or somehow make you think about what you have just read or completed. These real time scaffolding features can be highly effective. TV studies have found that the format of programs like Blues Clues or Arthur is effective because they have moments where they pause and ask their audience questions. It may seem weird at first for the characters to be silent and wait, but it works – it makes the viewer go from a passive to active viewer. I’ve not seen this type of feature as much in apps yet – of course this may not be appropriate for all apps. But I’d like to see more features try to shift the child from passive to active thinker (not just active doer).

So, in the end, I don’t have any real answers here – there is no formula for what types of features should or should not be included. It really depends on the app itself and what the aim of the app is. And of course the age of the child matters – the younger they are, the more easily distracted they can be. Finally, it is especially important to think about the balance of features when it comes to apps because the research thus far show that the life span of an app is fairly short – short sessions, and short duration. Often, with other types of media, some of the distracting qualities of features lessen as a kid spends more time with playing with whatever it is. The novelty of the “cool” things they can do wears off, at which point, hopefully, they start concentrating more on the to-be-learned content (still, this is not a guarantee). However, given the seemingly shorter lifespan of an app, we might not have the time to wait for the novelty effect to go away. So I hope that thinking about features in these three ways will help developers find the right balance for their app."
Posted by Cynthia Chiong at 10:00 AM

Email ThisBlogThis!Share to TwitterShare to FacebookShare to Pinterest
Labels: Research and Theory

Cynthia Chiong
I am an educational media researcher. To learn more about me and my research check out the tabs on top.

Search for an app:

5 stars: Definitely check this out!

4 stars: Solid app, worth checking out.

2 stars: Does not accomplish it's goal, not worth it.

Other educational blogs I check out: